Update: January 2023 — An important new paper from Dr. David Sinclair and his team at Harvard concludes that loss of epigenetic information causes mammalian aging. There is a loss in the cell’s ability to read its original DNA, so it forgets how to function. The team calls this the information theory of aging. And in a new Harvard interview, Dr. Sinclair states that the first person to live to be 150 has already been born.

Update: December 2022 — The US FDA recently announced that NMN can no longer be classified as a new dietary ingredients (NDI) supplement. This means that it is not allowed to be sold in supplement products anymore. However, the enforcement of this ban seems to be nonexistent at the time of this update.

Scroll through this post to see some of the bestselling NAD and NMN products. Note that Dr. David Sinclair does not endorse these supplements. Also check out:

Dr. Sinclair recently added Spermidine to his protocol; became vegetarian (while still fasting and eating just once per day); lost 15 pounds; and entirely quit alcohol. So we now know that Dr. David Sinclair’s current supplement list in 2022 includes the following:

Most importantly, the February 9 , 2022 podcast covered hair loss and grey hair in detail. It seems like the doctor trusts the studies that tout the benefits of laser hair growth devices and PRP.

Also make sure to follow the developments of MIB-626, a NAD+ precursor that is currently in clinical trials.

Update: April 2020 — A new paper from China concludes that NMN is a promising molecule for therapy of various diseases. Likely via the targeting  of NAD+ metabolism.

A recent interview with Dr. Rhonda Patrick is also worth a watch. AS is this Dr. Sinclair talk at Google in 2019.

Update: In September 2019, Dr. David Sinclair made yet another appearance on the Joe Rogan show. Besides discussing his new book “Lifespan” and NAD plus NMN, he also talked about metformin in greater detail. He also discussed HGH, rapamycin, caloric restriction and fasting for longevity. On a related note, make sure to read my past post on TA-65 and Telomerase.

Update: In January 2019, Dr. David Sinclair made an appearance on the Joe Rogan show. He discussed NAD and other supplements in there. Also, in a recent Linkedin post, Dr. Sinclair said that his own regimen and NMN dosage was pretty simple: “I take 750 mg of NMN every morning, along with a gram of resveratrol and 500 mg of metformin.”

I first mentioned Harvard University’s Australian professor Dr. David Andrew Sinclair in several posts in 2016 and 2017. At that time, he presented some groundbreaking findings regarding anti-aging research in relation to increasing declining Nicotinamide adenine dinucleotide (NAD or NAD+) levels in aging humans. He is also renowned for his lab’s research on resveratrol. Make sure to also check out Dr. Sinclair’s AMA on reddit.

Nicotinamide Adenine Dinucleotide (NAD or NAD+) is a cofactor and coenzyme that is found in all living cells. Levels and bioavailability in humans decrease with ago. In December 2019, Dr. Sinclair posted a link to new research on real-time NAD biosensors.

Note that NAD and NAD+ are not exactly the same thing. The latter it the oxidized version of the former. It is also written as NAD+  via the superscript in technical articles. Time magazine had a lengthy article on NAD+ in 2018.  The NAD+ co-enzyme is largely synthetized through NMN.

Dr. David Sinclair states that his team does not recommend people taking NAD precursors, since they have not yet been formally tested for safety.

However, on Amazon, it looks like NAD+ pills can be purchased legally, and they seem to be a form of Vitamin B3 (brand name Niagen). A company named Tru Niagen also sells them directly. A company named Alive by Nature also sells sublingual NAD+ and NMN online. Dosages can vary for most of these supplements.

Elysium Health is another popular company selling NAD+ supplements under the name “Basis”. The US FDA approval process for a new NAD or NMN related drug is extremely lengthy and expensive. So most companies are instead focusing on supplements.

While NAD itself is difficult to administer directly to humans, its precursors — nicotinamide riboside (NR) and nicotinamide mononucleotide (NMN) — are promising natural compounds to test in humans.

MNN supplements such as the one on the right are especially popular online and at GNC. However, make sure to read customer reviews in detail to make sure that there are long term benefits. Some people might just be experiencing placebo short term benefits. NMN supplements can come in pill, tablet, capsule and powder forms.

Nicotinamide riboside (also called Niagen) is an alternative form of Vitamin B3. It has been touted to reverse grey hair, wrinkles, hair loss and various other signs of aging. Thorne Research makes a popular combination version of nicotinamide riboside with resveratrol and cofactors. Tru Niagen also makes popular NR supplements.

NAD and its Precursor NMN

Human trials for both NAD and its precursor NMN have been underway in recent years. This will allow for more conclusive evidence in regards to both benefits and side effects in the near future. For now, it is wise to exercise caution when it comes to NAD and NMN supplement related potential side effects.

In regards to side effects, some cancer cells depend on NAD+ for sustained and rapid growth. So rather than increasing NAD levels to live longer, one may need to decrease them to fight cancer.

Dr. David Sinclair has formulated a capsule version of a precursor to NAD+ called Nicotinamide mononucleotide (NMN). This precursor is a naturally occurring compound that is found in small amounts in fruits and vegetables such as broccoli, cucumber, avocado and edamame.

Dr. David Sinclair has all the credentials of a reputable and brilliant scientist. For well over a decade, he has promoted the benefits of resveratrol, which is found in small amounts in red wine, grapes, berries and other related fruits. Resveratrol switches on the well known anti-ageing gene Sirtuin-1. Both NAD and sirtuins are necessary for healthy aging, longevity and DNA quality.

Dr. Sinclair has conducted significant research on how sirtuins are modulated by endogenous molecules as well as pharmacological agents such as resveratrol. Other areas of anti-aging research in which Dr. Sinclair has participated include senolytics and caloric restriction.

However, many of Dr. Sinclair’s peers accuse him of being overoptimistic and impatient. Not always a bad thing in the hair loss world, where we typically have the opposite situation. The resvertarol angle has had some hiccups over the past decade and Dr. Sinclair seems to have shifted his focus to other anti-aging research in recent years.

Yesterday, Dr. David Sinclair’s work on NAD and its anti-aging properties was back in the news in a big way. There are some very fantastical points made in the article, with the most striking being:

Dr. Sinclair is the co-founder of a number of biotechnology companies (Sirtris, Ovascience, Genocea, Cohbar, MetroBiotech, ArcBio, Liberty Biosecurity). He is also the founder of Life Biosciences LLC, a longevity startup. And he is a scientific adviser to many companies, including InsideTracker.

Note: make sure to not confuse Dr. David Sinclair and Dr. Rodney Sinclair (who is also from Australia). The latter is a well known dermatologist and hair loss expert, who I have covered a few times on this blog.

Edit: I posted links to some critiques of Dr. Sinclair earlier in this post. A reader also posted this new one that is worth a read. 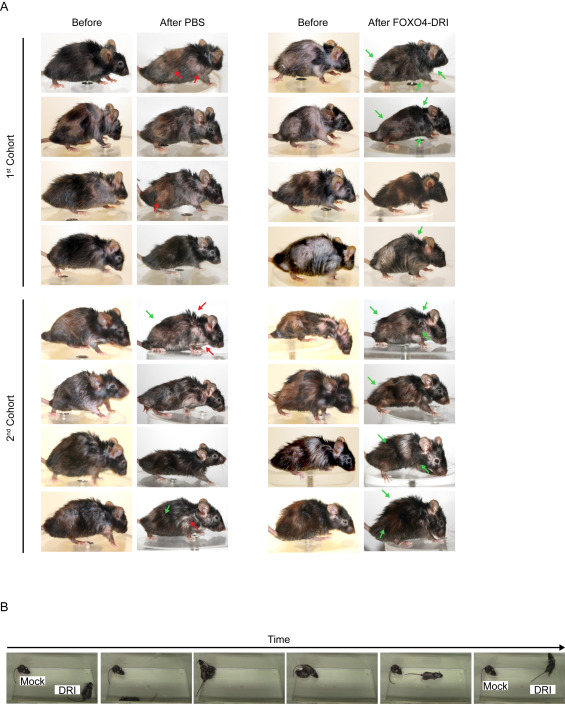