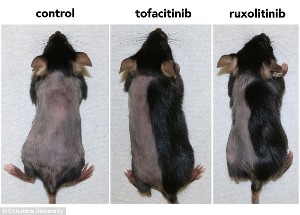 Columbia University is now expanding its testing to cover more volunteers and a wider range of JAK inhibitor and related anti-inflammatory drugs. Here is the their Alopecia Areata Study Consent Form and Inquiry Response Form. In the details, they state the following:

Abatacept — Currently enrolling. Total number of subjects to be enrolled: 15.

Tofacitinib — Enrollment to start approximately Sept.-Oct. Total number of subjects to be enrolled: 10-15.