Humans have three Hedgehog (Hh) genes: Sonic (SHH), Desert (DHH) and Indian (IHH). Of these three, Sonic Hedgehog is the most studied.

This post was originally written in July 2017. Then updated in December 2018 with the latest major developments summarized at the bottom. 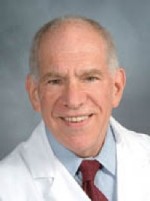 86 thoughts on “The Sonic Hedgehog Pathway: An Unrealized Dream”