Update: As expected, Fidia officially announced yesterday that the Brotzu Lotion will be named TRINOV. This much anticipated product will be released in Italy by the end of 2018.

The below post was first published on September 10th, 2018.

I first covered the highly interesting Brotzu lotion and its octogenarian inventor (Dr. Giovanni Brotzu) in early 2016. Thereafter, I discussed the lotion several more times, including a post from earlier this year regarding the countdown to its release.

I do not want to repeat all the details about this PGE1 precursor (Dihomo-Gamma-Linolenic Acid — DGLA) based product yet again. So please make sure to read all my past posts on the Brotzu lotion. You can do so via the “Category” menu on this site.

The Brotzu lotion has caused more frenzy in hair loss forums than any other product during the past year. In the process, it has taken over from the excitement surrounding JAK inhibitors and hair loss.

However, it should be noted that at best, this product will only bring back hair that you have lost in the past several years per Dr. Brotzu. It is definitely not a hair loss cure.

Five days ago, one of the Italian hair loss forum members posted groundbreaking new information about the Brotzu lotion: it will be named Trinov. The forums moderators have nicely summarized this information. Some sources also indicate the names “Tri Nov” as well as “Trinov Capelli”.

The original patent for Trinov was filed by Fidia Farmaceutici (Italy) on June 11th 2018. It looks like a patent for rights to both the name “Trinov”, and the appearance of the Trinov logo. Another related patent was filed on July 30th 2018.

You can track the latest developments regarding the Brotzu lotion in the below forums:

From some of the above threads, it seems like the Trinov product will be released in October 2018. However, I would not count on this to be a certainty, as we have learnt many a times in the past. 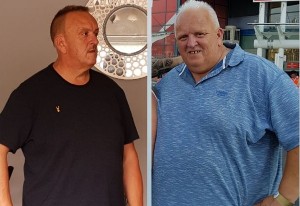